Onda P.S is located 23°08′N 87°12′E / 23.13°N 87.20°E / 23.13; 87.20 and 18 km far from District HQ. . Onda Police Station has a jurisdiction over an area of 499.41 sq. km with population of 2,20,572 with 15 G.P. This P.S having border with Bankura,Bishnupur and Taldangra P.S’s., Bishnupur and Taldangra PS.Onda is the main town of this area and the other semi towns are, Churamanipur, Majdiha, Medinipur, Nakaijuri, Nikunjapur, , Punisole, Ramsagar, Ratanpur etc.The main market of this PS area is Onda bazar and there is another market namely Nikunjapur bazar.Bahulara, village under Onda II village panchayat, is the site of the Siddheshwara temple dedicated to Shiva. It is the finest specimen of brick rekha deul temple ascribed to Pala (medieval) period. Siddheshwara temple Situated on the banks of the Dwarakeswar River, “Siddheshwari temple at Bahulara in the Bankura district is probably the finest specimen of a brick built rekha deul temple of mediaeval period now standing in Bengal,” according to Nalini Bhatta Sali. The top portion of the temple has been damaged. In the month of Chaitra the Bahulara Siva Gajan is spread over three days. Hundreds of devotees attend the festival. Buddhist and Jain center the various mounds surrounding the temple at Bahulara have led archeologists to speculate that it was a Buddhist center at some point of time. Prior to the dominance of Shaivism, the area was influenced by Buddhism and Jainism. Jainism flourished till around 7th century AD. 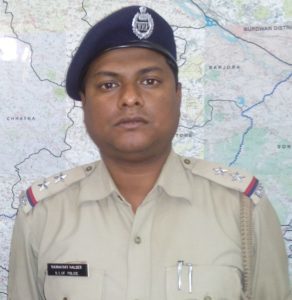